INFORMATIONEN FOR PATIENTS WITH MSA AND THEIR RELATIVES

Life with MSA can be burdensome for patients and their relatives. For people affected by it, it is also often not easy to gather information about the disease.

For regional and personal consultations, patient organisations can offer a lot of support. Further down on this page you can find a range of links to some of these organisations.

Furthermore, we would like to give you the opportunity to gain insight into the current research of MSA. Especially about new studies that aim at understanding the disease itself better but also about trials that are looking for new therapeutic possibilities. This research is crucial as it is the only way to get closer to our goal of reducing patients' disease burden.

If you are a patient or a relative and would like to receive information about new studies once or twice a year, you can sign up for our newsletter. Your data is only going to be used for this newsletter and we will never give your information to third parties. Moreover, your data will be protected as required by the current EU GDPR.

You can unsubscribe at any time and the newsletter is completely free of charge. If you prefer, it is also possible for us to send you the newsletter via mail.

Multiple system atrophy, or MSA for short, is a rare neurodegenerative disease characterized by a continuous loss of nerve cells in certain areas of the brain. Despite intensive research, the causes of nerve cell loss are still unknown. MSA affects both women and men with an average onset between the fifth and sixth decades of life and a prevalence of approximately two to five per 100,000 inhabitants in Germany.

THE DIAGNOSIS OF MSA DOES NOT MEAN THAT AFFECTED INDIVIDUALS WILL DEVELOP ALL OF THESE SYMPTOMS.

MSA can present with a variety of clinical pictures, so that it is often difficult to distinguish it from other neurodegenerative diseases, such as (idiopathic) Parkinson's syndrome - classic Parkinson's disease, progressive supranuclear gaze palsy (PSP) or corticobasal degeneration (CBD), especially in its early stages. Unlike (idiopathic) Parkinson's syndrome, the leading symptoms usually occur relatively symmetrically on the body and progress more rapidly. Typically, patients have some of the following symptoms, even in combination; rarely do all symptoms occur in a patient.

There are two variants of MSA:

In addition, other symptoms may occur in both variants:

The diagnosis is made on the basis of a detailed history, a physical examination, and by means of special additional test procedures:

Since MSA is often difficult to distinguish from other neurodegenerative diseases, especially in its initial phase, further examinations may also be necessary, for example:

Unfortunately, no therapy is yet available that can slow or stop the progression of the disorder. Only the symptoms can be partially alleviated by various medications and therapies.

Regular speech therapy (speech and swallowing therapy) and regular physical therapy can help stabilize speech and movement skills. These measures are intended to maintain as much independence as possible, achieve fall prevention, and delay increasing immobility.

For example, orthostatic hypotension can be alleviated with the following measures: high-salt diet, raising the head of the bed at night, elastic support stockings.

Most patients who develop MSA have a prognosis with an average survival rate of 3-10 years after disease onset, although patients with much longer disease duration have been reported. 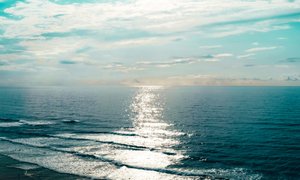